I have been working since late summer of 2020 on a series of small figures inspired by the protests for social justice in the United States and around the world. I consider this series to be “historical fiction” as I have modeled the sculptures from images of women protesting during the summer of 2020 in Philadelphia. I have tried to stay true to the poses, body conformation, hair styles and ethnicity of the women in the images as I “invented” their bodies in action. Some of the poses are iconic – the fist and the hands raised above the head – and some are idiosyncratic and expressive of massive frustration and attempts to communicate. Presenting the women nude, pulls them away from the specifics of time and place and transports them into the realm of the tradition of heroic sculpture. They become representations of ideals of social justice and resistance embodying strength, conviction and power. The works are modeled in a modeling compound that takes an hour and a half to harden. My approach was such that I modeled skeletal structures first - pelvis, ribcage, skull and joints- then modeled sections of the body - one foot, the second foot, one lower leg, the second lower leg - rendering them to a finish. This is an unusual approach for figure modeling - more like an exquisite corpse experiment. Usually one bulks the entire figure up so you can get all of the parts relating to each other, then slowly bring the whole figure to a finish together. All photos of this series are by John Carlano. 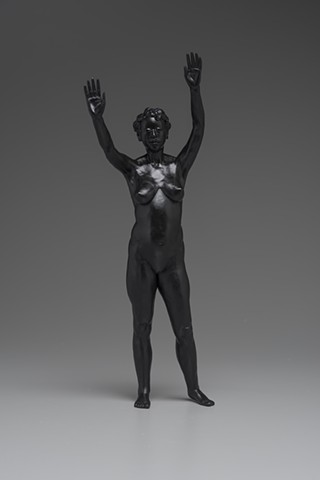 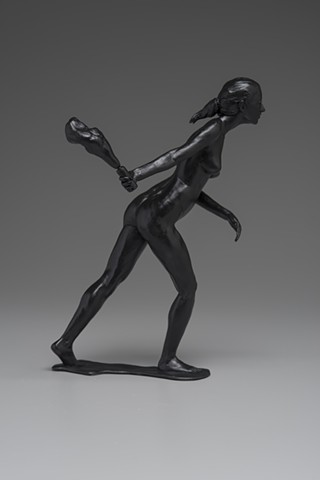 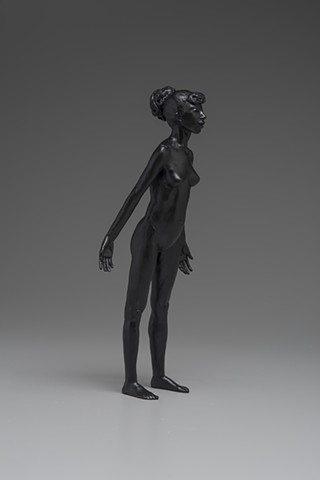 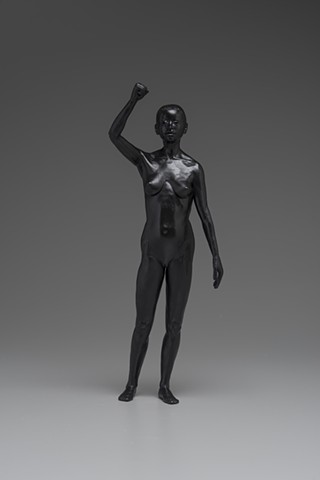 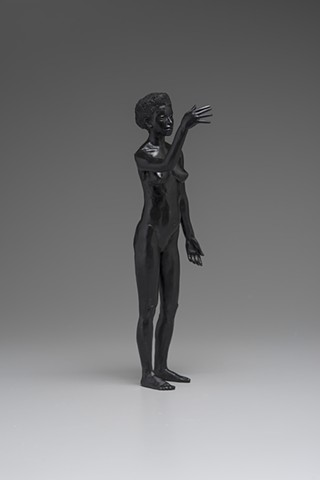